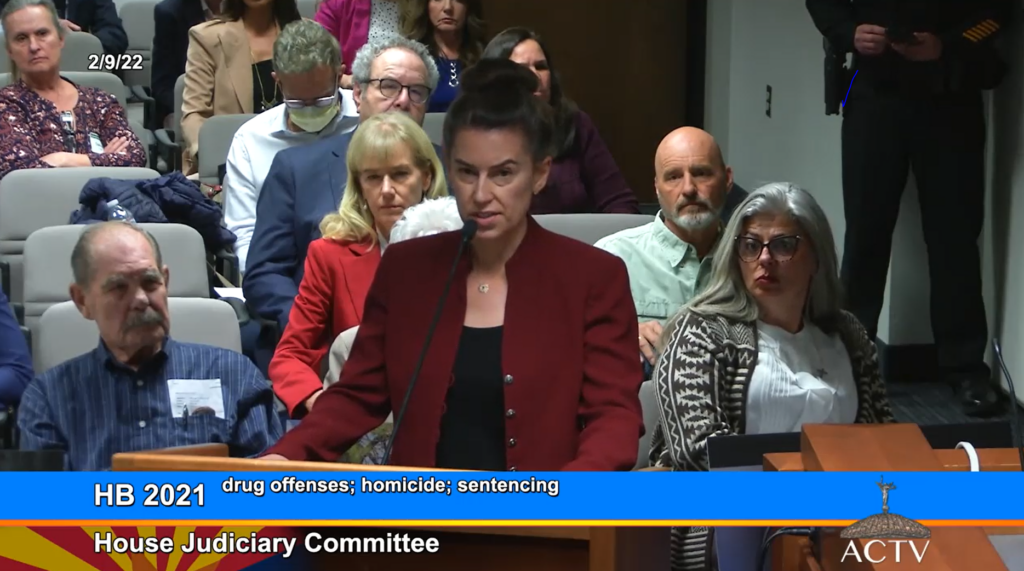 We are keenly aware that Pima County broke the record again for overdose deaths this past December. In response, the state Legislature took up a drug homicide bill that I reported on back in February.

It was the first bill I testified on in my position as County Attorney, and I vehemently opposed homicide charges on those who transfer any narcotic that played any partial role in the death of someone at a later point.  I had never read a more broad definition of homicide, and it would have been the largest expansion of the War on Drugs in my lifetime.

As written, the bill would have ensnared a spouse trying to help her Parkinson-afflicted husband with excruciating pain, or any kids partying, or best friends who thought they had purchased Xanax that ended up laced with fentanyl, because any transfer of any narcotic would be counted as a homicide.

Most of all, I feared that charging homicide would cause fear and delay among people I desperately need calling 911 or administering the overdose antidote Narcan, when seconds matter.

After our work to educate lawmakers, the overly broad homicide bill died.

But our work has only just begun.

I want to share what PCAO has been doing for the last several years and continues to do. We don’t need new statutes. We ARE pursuing fentanyl dealers for homicide charges. We are the first in the State and remain the leader in this under my administration.

As dangerous as that bill was, as I explained to legislators, so too are those preying upon the most vulnerable and those in the most pain.

Chris Ward, who has been prosecuting high-level drug trafficking for 18 years now, and focusing on overdose deaths since 2017, along with partners at the Tucson Police Department, Pima County Sheriff’s Department and other area agencies, is pursuing a number of homicide cases.

The public record from one such case would tell you the following: that a dealer, knowing they were selling to minors, told them to enjoy the product while warning them to “go slow” because the stuff was really heavy.

One of the children died, and we are prosecuting the murder.

Chris presented all this to the Chair of the Arizona House Judiciary Committee, State Rep. Walt Blackman, and a statewide coalition yesterday to generously share how other Arizona communities can pursue these appropriate murder charges.

When we decriminalize substance use disorder, we re-energize prosecutions against those who are a danger to our community.

This is reframing prosecutorial priorities. This is criminal justice reform.

This is… The People’s Office.