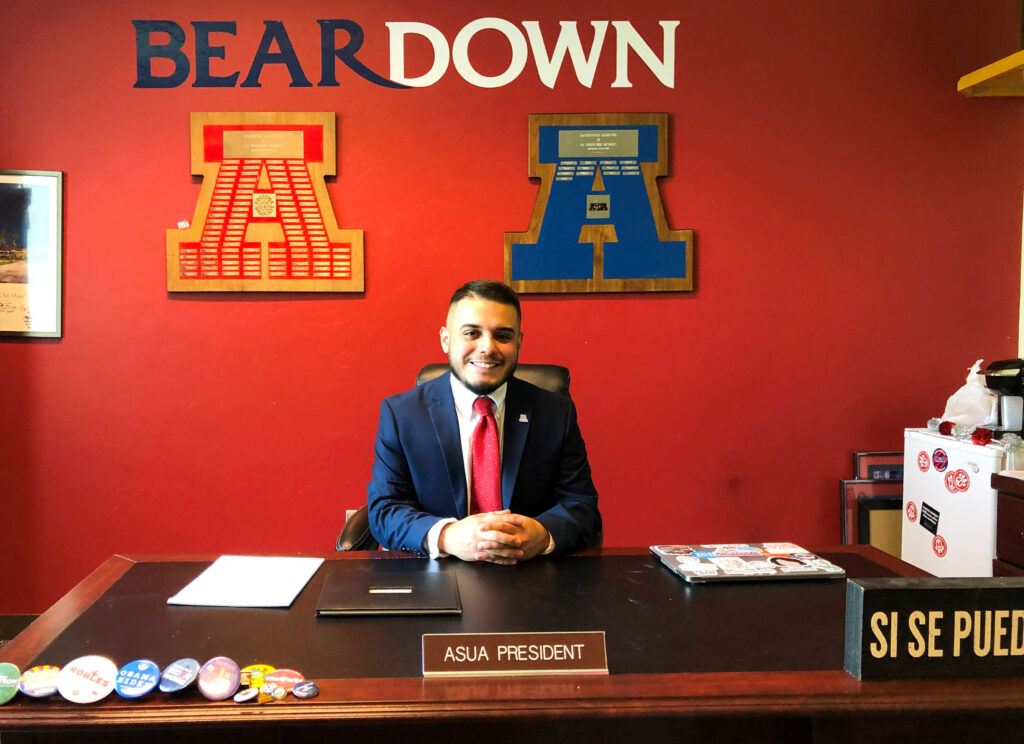 It’s probably not an overstatement to say that most young people don’t know where life will take them.

Patrick Robles is not one of those.

When Patrick became the Outreach Coordinator at the Pima County Attorney’s Office – and a member of the Senior Leadership Team – he was 19 years old. And he arrived in this important place with three years of experience as a Pima County employee.

Patrick began working for then Pima County Supervisor Ramon Valadez after contacting his District 2 office as an eighth grader, asking for assistance replacing the reflector lights in front of his family’s home after they had been knocked down by a motorist.

Shortly after, he received a call from Supervisor Valadez who thanked him for his effort to have the protective traffic reflectors replaced.

“That interaction served later on as I was seeking a summer job my sophomore year of high school,” Patrick recalled recently. “I applied through the Pima County Summer Internship program to work for Supervisor Valadez’s office. From there on out, I interned every summer until I graduated high school. I was sitting at lunch tables with Chuck Huckleberry, Jan Lesher and the crew when I was 16 years old.”

The summer after he graduated from Sunnyside High School, Supervisor Valadez offered him a part-time position on his staff.

That opportunity included being on the front line of policy discussions, advising the supervisor on issues, operating his social media, and working with County administrators and staff to address constituent issues.

When Valadez lost a bid for re-election, Patrick was recruited by the Pima County Communications Office to create online content for various departments and host a web-based program called “Inside Pima County.”

But when newly elected Pima County Attorney Laura Conover started her administration, she didn’t hesitate to tap Patrick for the vital role of Community Outreach Coordinator, where he became the driving force for crime prevention and public safety through events and appearances.

“I am the youngest member of the leadership team, yet I have had an equal seat at the decision-making table,” he said. “My perspective was valued, my time was honored, and I was never looked down upon.”

The past tense reference to his time with PCAO is a bit premature, as Patrick will stay on until mid-summer when he will be replaced by the person he first connected with as a kid seeking help from Pima County – former District 2 aide Sofia Blue, who we are pleased to have joining us in June.

The reason for Patrick’s departure is an equally impressive next step in what is sure to be an amazing career in public service – his election and inauguration as the next University of Arizona Student President.

“My experience working for two elected officials and a county department since I was 16 have built a reservoir of optimism inside me,” Patrick said after his May 2 inauguration. “I have had the privilege of getting to work with neighbors, elected officials, and administrators and staff to address the needs of our community and advance the mission of community safety. Not every 20-year-old gets to say that.”

Now 21, Patrick Robles is embarking on the next phase of his amazing young career in public service.

We are excited to watch where Patrick takes life next!