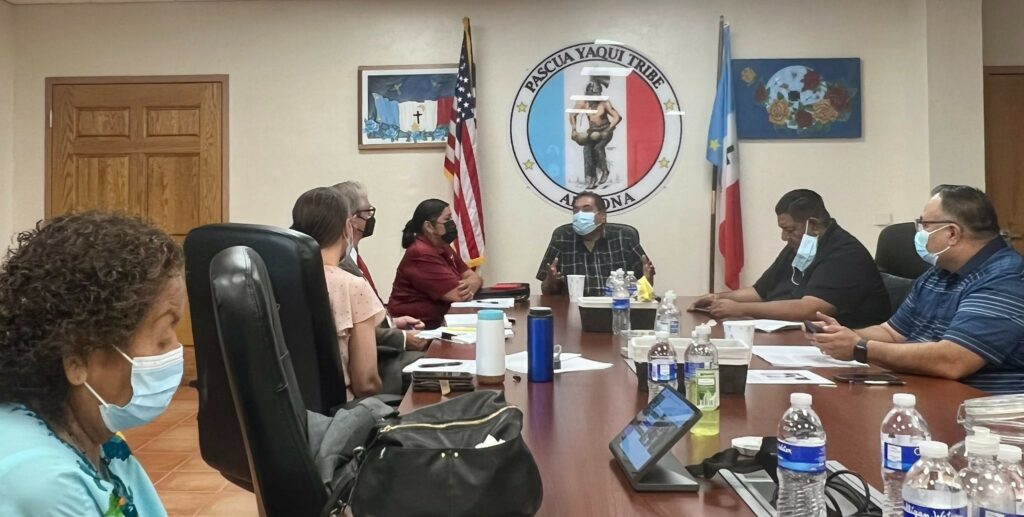 To say this past term of the United States Supreme Court was historic will no doubt be an understatement in the history books.

Upon the 50th anniversary of Roe, they reversed course.

After 100 years of handgun control, they told New York otherwise.

And after at least a century of precedent on tribal criminal jurisdiction, they issued Castro-Huerta, a shocking turnabout on an Indigenous Nation’s sovereignty. The ruling is alarming to say the least.

And yet, also, in the criminal justice arena, the Supreme Court opinion may also allow for productive collaboration *when a Tribe so chooses*.

And so, what does the new Pima County Attorney do?

So, on Tuesday we did.

The Tribe reports it was the first official visit by the Pima County Attorney’s Office in known history. But it wasn’t just for show.

Like the U.S. Attorney’s Office ahead of us, we are now working out a long-hoped-for agreement to specially deputize a Yaqui Nation prosecutor to enhance our communication with their prosecutor’s office, with their police force, and to better serve Yaqui victims and families.

We feel like we are on the precipice of better service to our brothers and sisters on tribal lands. Next stop, Sells.

There is so much more listening and service to offer in this vast, populous County.