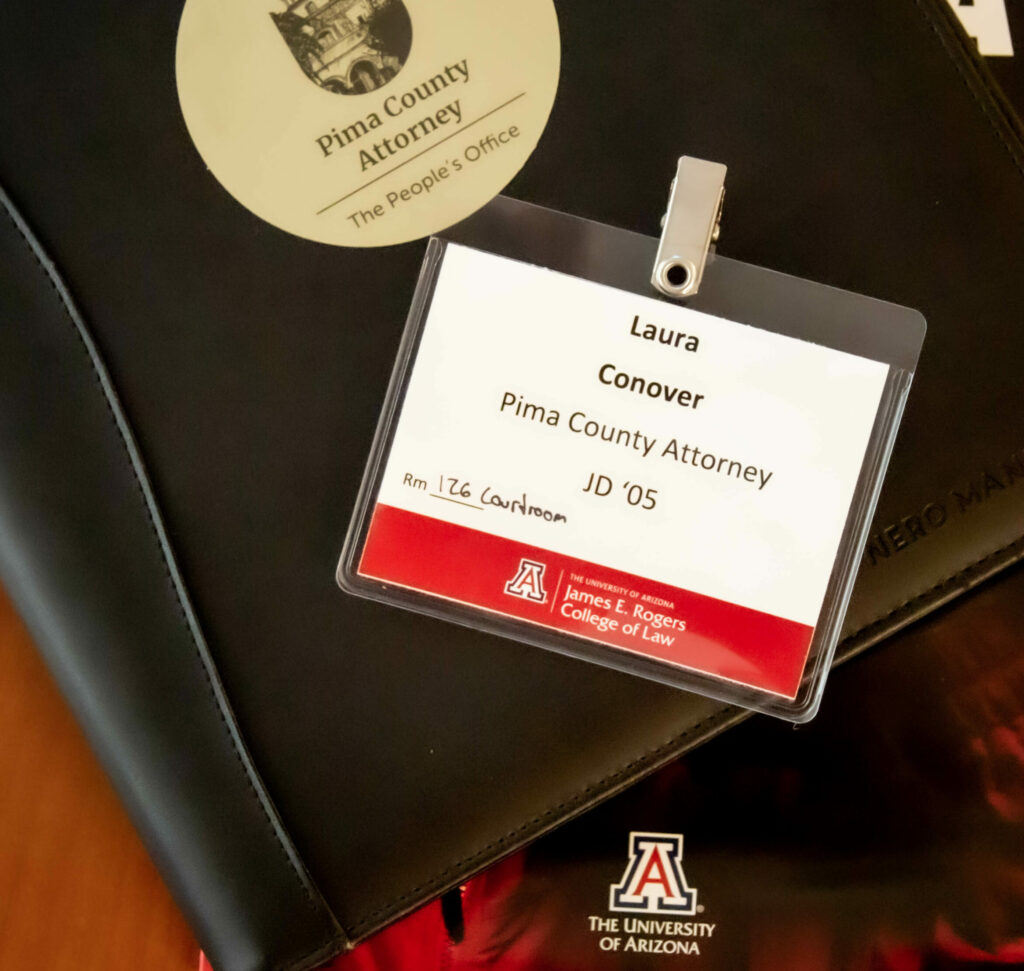 For the last two years I have been honored to join a special group of judges and lawyers who visit orientation as our law school welcomes its brand new first-year class.

It was only supposed to be for 90 minutes this morning, but when I heard Judge Raner C. Collins was giving the keynote before the teaching sessions, I showed up bright and early to listen in.

I was just as excited as I was exactly 20 years ago today and back in the very same room.

Judge Collins prosecuted here at PCAO in the late 70s and early 80s before becoming a City Magistrate, a Juvenile Court Judge, a Superior Court Judge and then a President Bill Clinton appointee to the federal bench. He was the Chief Judge during much of my tenure in federal court.

Per usual, he had nothing but a 3-x-5 index card on the podium to guide him, not that I ever even saw him glance at that.

For those who haven’t seen Room 146 at the law school, this is a large auditorium style classroom with enough space to accommodate all the 150 or so brand-new students, faculty, deans, and our group of guests. For the 30 minutes or so that Judge Collins spoke, you could have heard a pin drop.

He wasn’t teaching a subject or telling war stories. He was talking about how to be fine lawyer and preaching about how to be an excellent human being. He was reminding us that the world needs lawyers fighting the good fight, leading with calm assurance, speaking with civility and decorum.

He beseeched the room of students to look out for one another. He said, a number of times, that good lawyers can’t be bullies.

“No one refers cases to a bully!” He counseled us to be thoughtful, and I was able to capture him as I will always remember him from the bench and from chambers: in his thoughtful pose.

You see the United States District Court calls itself a “courthouse family.” It is a culture of collegiality and mentorship. And in that spirit, Judge Collins saw me through a lot of ups and downs in my 10 years as a Fed. Every time I made a significant career move, his assistant Tara would find at least a few minutes so I could get some of his good counsel.

And this was true for so many of us younger lawyers.

What the new students at the James E. Rogers College of Law received today was a gift, and I stole some of that to fill up my soul.

And Monday I’ll have a renewed effort all over again to keep pressing every day to instill all of this here, at The People’s Office.