PCAO In The July Spotlight

July 2022 has been eventful at the People’s Office, but nothing has been more urgent than our work with community partners to be a calm voice of reassurance for Pima County on the issue of reproductive rights and health care.

Last November, the Senior Leadership Team met to analyze the role of the Pima County Attorney should Roe v. Wade fall.  By way of context, Arizona had three laws on the books dating back to territorial time that imply a full ban on abortion, a brand new 15-week ban from the most recent legislative session, and a 1973 injunction here in Pima County against criminalizing abortions that remains in effect and appears to impact everyone statewide.  PCAO is a named defendant in that 1973 case, having argued then for the right to continue to prosecute abortion.

After the leak of the Supreme Court decision in Dobbs, the Office was pleased to have the opportunity to review a Tucson City Council resolution in support of continued reproductive rights.

This resolution revises the Tucson Police Department’s General Orders to clarify that they would continue to focus on public safety and not expend precious resources on physical arrests.

County Attorney Laura Conover spoke in support of those measures at that Council meeting having already assured people publicly that she is committed to ensuring that nobody seeking or assisting in an abortion would spend a night in jail in Pima County.

After the Supreme Court decision in Dobbs, Civil Chief Deputy Sam Brown advised the Pima County Board of Supervisors and helped author a similar resolution spelling out the human and financial cost of prohibiting safe and legal abortion services and vowing to support.

That resolution directs the County Administrator to:

If my administration at PCAO has learned anything in its nascent 18 months, it is that the community (and nation) already suffer from the uncertainty of the ongoing pandemic, a difficult economy, political division, and an unprecedented homicide spike driven by it all.  The last thing society needed was yet another cause for deep anxiety.  Led by Sam Brown, PCAO joined Planned Parenthood of Arizona’s response to the Attorney General’s motion to lift a pre-Roe injunction and re-enact 19th Century law prohibiting virtually all abortions in the state.  Effectively changing sides from the position PCAO took in 1973, Laura has opined that it was likely the most impactful motion she has ever filed in court, potentially affecting the lives of thousands state-wide.

In 1973, my office opposed Planned Parenthood who was seeking an injunction (protection) against prosecuting abortions while awaiting the Roe decision. Yesterday, I reversed course. 1/2 pic.twitter.com/qdHGL6lHKG

While the A. G. now seeks to resume prosecutions, we opposed: joining Planned Parenthood. I don't know that I've ever filed a motion potentially impacting the health & safety of so many countless souls, statewide. I am humbled by the task. I can use all the support I can get.

Pima County Superior Court is now the venue where the future of abortion in Arizona will be decided, and this has made our office the focus of much media attention in recent weeks, with local reporters as well as those from distant publications such as the Boston Globe and the Los Angeles Times spending time in our community.

With more court filings due in early August, the oral arguments on the merits of the Attorney General’s motion are currently scheduled for Aug. 19.

Another Supreme Court ruling that brought PCAO into the arena this month was Carlos-Huerta, a shocking opinion that cut deeply into the sovereignty of tribal communities by giving District Attorneys and County Attorneys authority to prosecute criminal cases involving alleged crimes by non-tribal people on sovereign soil.

The case based on tribal lands in Oklahoma presents potential changes in Pima County, which includes both the Pascua Yaqui community and the Tohono O’odham Nation.

To meet this situation head-on, County Attorney Conover and Chief Deputy Baird Greene traveled out to  visit Pascua Yaqui Chairman Peter Yucupicio and his elected Council in pursuit of joining the Pascua Yaqui Attorney General’s Office in an Inter-Governmental Agreement to specially deputize a Yaqui prosecutor at PCAO.  This move, long hoped for, would bolster our communications with their prosecutor’s office and their police force so that we may better serve Yaqui victims and their families.

Other notable activities in July included:

Laura joining PCAO law clerks in assisting the Pima County Sheriff’s Department’s School Resource Unit with active-shooter training and preparation for the all-too-real potential for gun violence in our schools. Our team played various roles to help school workers and deputies be better prepared should such a horrific event happen in Pima County.

We also joined PCAO’s outgoing Community Outreach Coordinator, Patrick Robles, when he was awarded the Gabe Zimmerman Foundation’s Emerging Leader Award in July. It’s not coincidental that Patrick was recognized by the foundation created in honor of Gabe, who served as former Congresswoman Gabrielle Gifford’s Community Outreach Director and was among the victims of the mass shooting that devastated our community on Jan. 8, 2011. Both Gabe and Patrick have exhibited as young men the talent and commitment to this community that exceeds their respective ages. 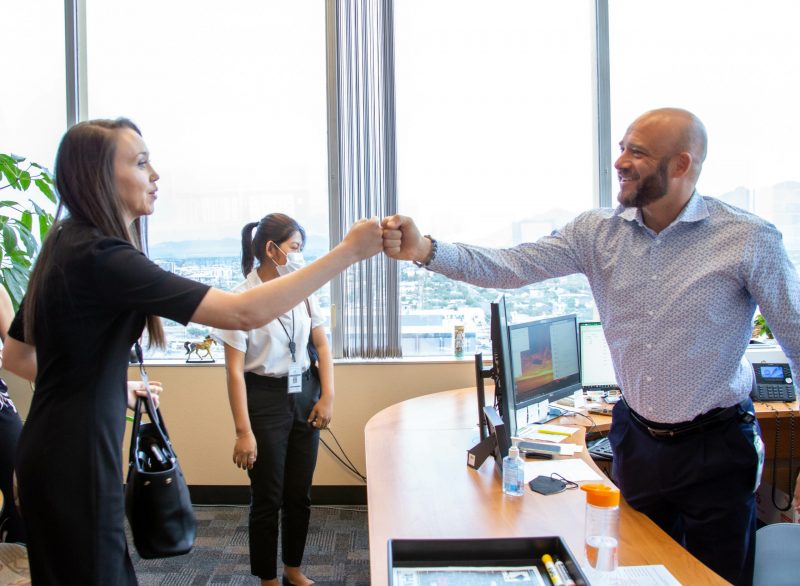 We were pleased to be visited by two of Justice of the Peace Alexander Ball’s summer law clerks to help foster both their understanding of what goes on in the Pima County Attorney’s Office and their desire to be part of it as their law careers evolve. Sompeas Sokh and Ashley Rogers spent time with Laura, Chief Civil Attorney Sam Brown, Misdemeanor Chief Robin Schwartz, and Criminal Chief Deputy Bruce Chalk on their visit. These connections with rising legal minds bode well for the future of The People’s Office. 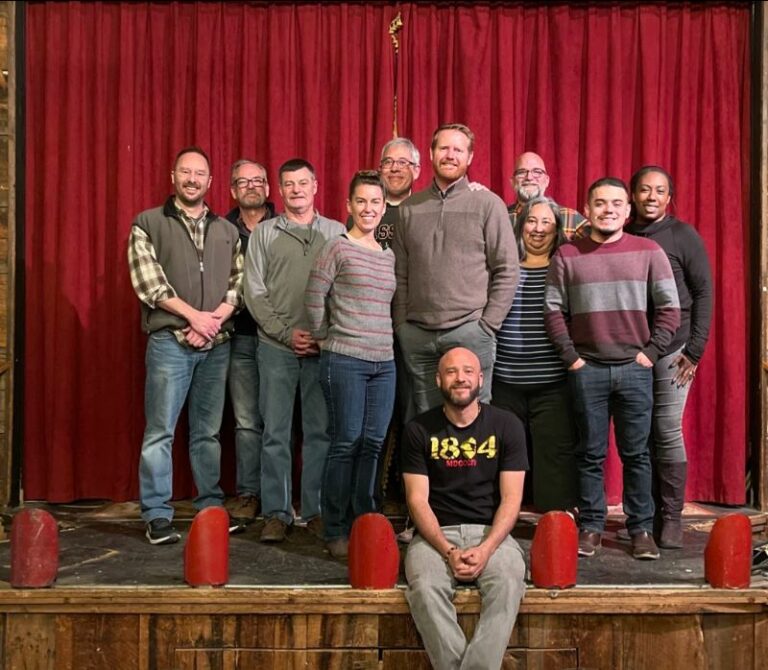 We are The People's Office.

The PCAO Community Newsletter is published and distributed monthly.

Have questions or concerns?

You can email us at info@pcao.pima.gov.

And follow us on social media by clicking on any of the icons below.