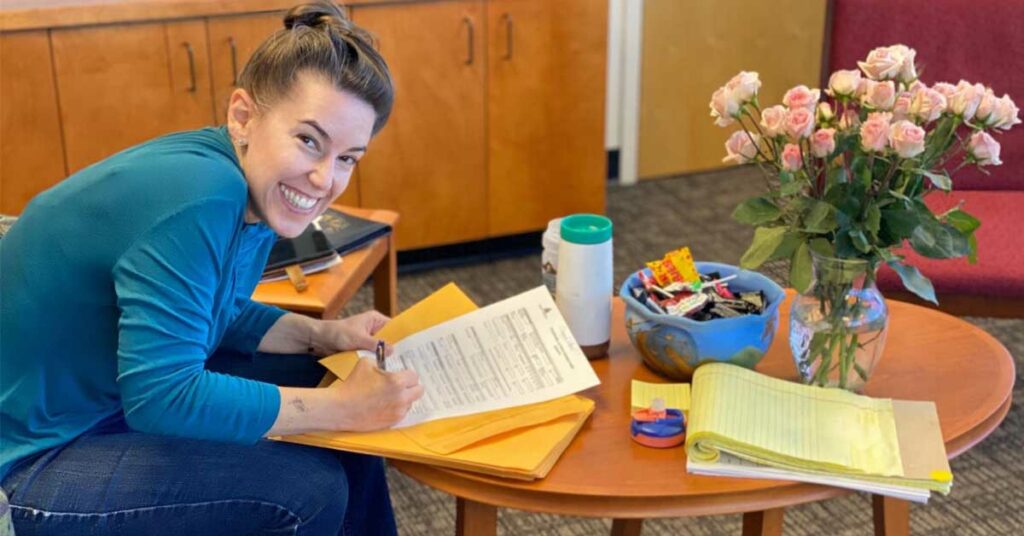 The Pima County Attorney’s Office was overdue for a week of good news, and some history-making to boot. Through a series of important events, the future of the agency is growing stronger and shining brighter.

After 14 months of negotiation, the County this week has authorized the first meaningful, agency-wide pay raise since 1997.

From staff members who protect the rights of victims making less than entry-level service workers, to prosecutors at 2 a.m. homicide callouts making 40-percent less than agencies in Pinal County, the need for better pay – at living wages – was so dire. And the relief is so great. (Hence, my utter joy signing the reclassification orders!)

Martha Durkin took up this torch in August 2020, and Tamara Mulembo ran with it for a long time. Arika Wells led recent meetings, while Sam Brown and Dan South advocated for their teams. Gaby Porfirio, Jennifer Black, and Rozana Villanes drafted memo after memo after memo. And Mahmoud Hourani and Zachary Mack spent late nights on complicated matrices.

County HR put up with our doggedness, and Chuck Huckelberry and Jan Lesher gave the final approval. Finally, the Board of Supervisors invested in us – ALL of us.

That’s what we call a team effort.

It can’t be overstated that the salary increases don’t happen without reprioritizing our Office’s resources and reforming it in a way that reflects our Core Values. In fact, I’d argue that by refusing to pursue the death penalty any longer (a major reform for this Office), that alone more than pays for these much-needed raises.

But it’s not just salary increases that help secure our safety. It’s the People Power in the People’s Office. Josh Moser, Jeff Amlee, and Ryan Gant – with more than two decades worth of trial experience between them – are all returning within the month as a concrete response to the record-high violence this year in Tucson. And, Baird Greene, a 31-year veteran of the City and County, will ascend to Chief Deputy in the New Year.

This is strength. This is resilience. This is the future of the Pima County Attorney’s Office.